5 Of The World’s Most Inspirational Leaders Throughout History

Inspirational Leaders come in all shades, from despots to mystics. They start wars and stop them, invent religions and persecute them. They inspire millions of people to give their lives to a cause, whether it be Nationalism, Socialism or Buddhism.

Many great leaders throughout history have not wanted to be leaders or even known in their lifetime what their actions would create. When Martin Luther nailed his Ninety-Five Theses to the door of All Saints’ Church in Wittenberg on the 31st October 1517, he never intended the foundation of ‘Protestantism’. Indeed, at that point, the word didn’t even exist. However, his actions stirred millions across Europe and set the stage for the cataclysmic political and religious change that is still felt today.

Great leaders also inspire action through the example they set in their own life. The Buddha and Hildegard of Bingen moved people to become better versions of themselves and lead more purposeful and charitable lives. Malala Yousafzai was a girl wanting the right to go to school when three gunshots changed her life and rippled out to change the lives of many more.

Hundreds of thousands of inspiring men and women have become great leaders throughout human history, and we’re going to take a quick look at five of them here.

Inspirational Leaders Throughout History You Need To Know About

Many inspirational leaders throughout history are famous not only for their deeds, but the horrific nature of them. Mao, Ghengis Khan, Stalin, Hitler, and seven other men are responsible for approximately 150 million deaths between them and the creation of the word ‘genocide’.

We’re going to leave these titans of terror however and focus on five inspirational leaders who led slightly less destructive lives, albeit still not free of controversy.

In his lifetime, Nelson Mandela was labelled both a terrorist and a secular saint; imprisoned for 27 years and awarded the Nobel Peace Prize. He started life as part of the Thembu royal family in apartheid South Africa, studying and practicing as a lawyer before joining the African National Congress (ANC) in 1943. A nationalist and a socialist, he was initially a proponent of non-violent protest, but turned to sabotage in the early 1960’s and was imprisoned for life in 1962. During his time in prison, he became a powerful symbol in the fight against apartheid and, when the president of South Africa, FW de Klerk realised that a disastrous racial war was on the horizon, he released Mandela who joined him in building a new democratic South Africa.

Nelson Mandela became the country’s first black head of state in 1994 and went on to try to reconcile the wounds of apartheid, setting up the Truth and Reconciliation Commission, combatting poverty and introducing land reform. Over his life he was given over 250 awards, degrees and citizenships, including the Nobel Peace Prize, US Presidential Medal of Freedom and the Order of Merit. After declining a second term of office, he spent the remainder of his life focussing on the charitable work of The Nelson Mandela Foundation.

As a female, Elizabeth, the last of the Tudor Monarchs, was an unlikely head of state. The daughter of Henry VIII and Anne Boleyn, her mother was murdered when Elizabeth was two and a half and she was then declared illegitimate.

Her father had broken with the Catholic Church in Rome in order to secure a marriage with Anne, and Elizabeth had followed her father and Edward, her younger half-brother’s lead in the new religion of Protestantism. When Edward died and Elizabeth’s half-sister, the staunchly Catholic Mary ascended the throne, Elizabeth’s life was again under threat and she was imprisoned for nearly a year.

When Mary died, Elizabeth could finally come out of the shadows and take the throne, which was by no means secure. In spite of opposition from many of the Bishops, she established the English Protestant Church, which later evolved into the Church of England and spread worldwide. Elizabeth’s reign was a much needed period of stability for England, with the flourishing of art and literature including Shakespeare, and the defeat of the Spanish Armada in 1588, one of England’s greatest and most famous victories. Elizabeth provided a rallying point for the country, and became known as ‘Gloriana’, celebrated in literature, portraits and pageants.

Called the ‘Father of a Nation’, Mohandas Karamchand Gandhi was an instrumental figure in the birth of an independent India. He inspired followers with his simple life, based in part on Hindu asceticism. He undertook long fasts for spiritual as well as political reasons, wore traditional, hand spun clothing, and was a vegetarian.

Born to a merchant caste, he trained as a lawyer in London and became involved in nonviolent protest when representing Indian workers in South Africa. When he returned to India, he organised protests against discrimination and land-tax, and became head of the Indian National Congress in 1921, leading national campaigns for self-rule.

One of his most famous acts was the 250-mile ‘salt march’, a nonviolent protest made in 1930 against the British colonial government’s salt monopoly, which placed tariffs on salt and prevented Indians from producing it. He spent many years in prison for his activism. Despite being a devout Hindu, Gandhi believed in religious equality and pluralism. After violence erupted in the areas most affected by the partition of India and Pakistan in 1947, Gandhi visited the areas rather than stay in Delhi and celebrate Independence. His approach was disliked by many Hindu nationalists and he was assassinated by one in 1948. Reputedly he died chanting ‘Ram,’ the name of God, believing that it would help save him from the cycle of rebirth. However, he also stated just a few days before his death, ‘I do not want to be reborn. But if I have to be reborn, I should be born an untouchable, so that I may share their sorrows, sufferings, and affronts levelled at them, in order that I may endeavour to free them and myself from that miserable condition.’

Gandhi’s birthday is celebrated in India as a national holiday, and worldwide as the International Day of Nonviolence.

A writer, academic, economist, and revolutionary, Marx is known as one of the founders of the idea of communism as well as a father of modern social science. Born into the middle class, and marrying a baroness, he studied political economy and the Hegelian school of philosophy.

His liberal views prevented him from a career in academia and he became a journalist, involving himself in more politically radical publications, including in 1843 becoming co-editor of a newsletter in Paris aimed at bringing together German and French radicals.

His collaboration with Friedrich Engels on ‘The Communist Manifesto’ set forth the principles of ‘Marxism’ with the opening lines of ‘The history of all hitherto existing society is the history of class struggles’. At the time of writing, Europe was in turmoil and Marx believed that now was the time that the working class, the ‘proletariat’ would overthrow capitalist society and establish socialist societies.

This was not to be, despite a second revolution in France, and a stateless Marx and his family ended up in London where he began his epic three volume ‘Das Kapital’, finished after his death by Engels.

After his death, the interest in his work from academics, politicians and ordinary people grew, and inspired countless revolutions and governments across the world.

Mother Teresa dedicated her life to the Catholic Church and to poverty and suffering in India. A controversial figure, criticised for her stance against female reproductive rights and the use of funds donated to her, she nonetheless inspired people across the globe to give to or join her cause.

Born in Albania, she felt a calling as a child to become a nun and, after time in Ireland, she moved to India, where she spent the rest of her life. In 1946 she experienced ‘a call within a call’, and left her convent to begin working with the ‘poorest among the poor’.

She founded the Missionaries of Charity which went on to have over four thousand sisters across over 130 countries managing homes for the dying, mobile clinics, schools, orphanages and soup kitchens. In 1982, she brokered a temporary ceasefire during the siege of Beirut to rescue 37 children trapped in a hospital, and travelled to Ethiopia, Chernobyl and Armenia during times of crisis.

Mother Teresa was awarded the Nobel Peace Prize in 1979 and was canonised in 2016. 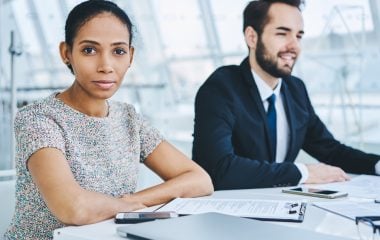 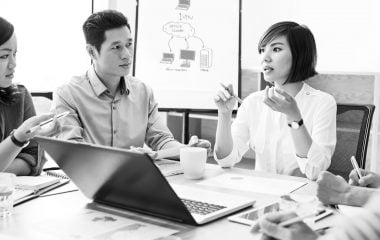