An ancient symbol of courage, power, intelligence and leadership – the tiger has fully embedded itself in traditional Chinese Mythology and culture. As a unique cultural phenomenon, the tiger will forever live in the spiritual life of the Chinese people.

This February welcomes the Chinese New Year and 2022 is the year of the Tiger, a Water Tiger year to be precise. The rich cultural symbolism associated with this animal has been passed on to its namesake in the Chinese zodiac, a cycle of 12 signs that categorise people according to their birth year.

The most common legend used to explain the order of the signs is known as ‘The Great Race’, a special event held by the Jade Emperor declaring the first 12 animals that cross the bank of the river would be given the right to represent the 12 years of the zodiac. Due to his competitive nature and ability to run quickly, the tiger finished third and earnt himself a perpetual place as animal number three in the Chinese zodiac.

The People of the Year of the Tiger

Tigers are imposing beasts composed of considerable force and claws that strike fear in the hearts of their enemies and confidence in the hearts of their allies. Just like their zodiac namesake, those born in the year of the tiger are believed to be brave, competitive and confident. They tend to work actively and aggressively, expressing themselves as bold and authoritative.

Fascinatingly with this great confidence and resolute fortitude, they frequently make competent leaders. Tigers are popularly known as the ‘King of the animals’ in China and are usually the centre of attention, as seen in repeated Chinese architecture, and this is also common with those born in the year of the tiger. Since they seem to be magnetically drawn to leadership roles, their boldness naturally draws attention which allows them to maintain positions of power.

So, it is common then that those born in the year of the tiger show considerable qualities that make capable leaders. However, do tigers themselves have characteristics that make them successful leaders? Lions are more popularly thought of as the leaders of the jungle, spearheading their pack and achieving the title ‘the King of the jungle’, unlike tigers who are more commonly understood to hunt alone. What in fact are the lessons in leadership that we see from tigers and how can we relate those lessons to a successful leader in organisational terms?

The tiger has evolved to become the world’s biggest cat and the ultimate apex predator, unsurpassed and unstoppable even in a world dominated by humans. The tiger must possess significant leadership traits to reach and maintain this feared and ferocious reputation, ultimately becoming the true king of the jungle. Leadership skills are possessed by both humans and animals alike. The tiger exhibits many desirable personality traits which are valuable for leader development and leadership effectiveness in many if not most circumstances. However, are there also some character traits that work for the tiger but would not work as effectively for a human leader?

The tiger sets goals individually and engages in one-way, downward communication. Seeing as the tiger lives with their nuclear family rather than a pack, they do as they please with little to no resistance. The tiger controls the discussions of followers and sets rules and directives unilaterally. Furthermore, the tiger chooses to hunt alone and this has its drawbacks. Based on observations made in Kanha National Park in India, US field biologist George Schaller reckoned tigers were successful in their hunt only 5% of the time compared to their counterpart, the Lion, who was successful 25% of the time.

Self-belief and confidence are important qualities for any leader but relying on yourself at all times can be seriously detrimental, your team is key to success. Having people around you can apply individual perspectives, experience, and skills to solve complex problems. However, despite the success rate of a tiger hunt, the main goal for a leader is for their followers to obey, and the tiger does this well. Whether this total authoritative style works effectively in our world, I doubt.

Eyes on the Prize

When a tiger hunts, he stalks his prey silently and stealthily and after gradually sneaking up on it he waits for the perfect moment to pounce. Successful leaders are patient and keep their eyes firmly on the target. Also, it is important for leaders to keep a lookout for competition at all times. Knowing which company is not doing very well at the time, and knowing when the right time to strike, can lead to great success. 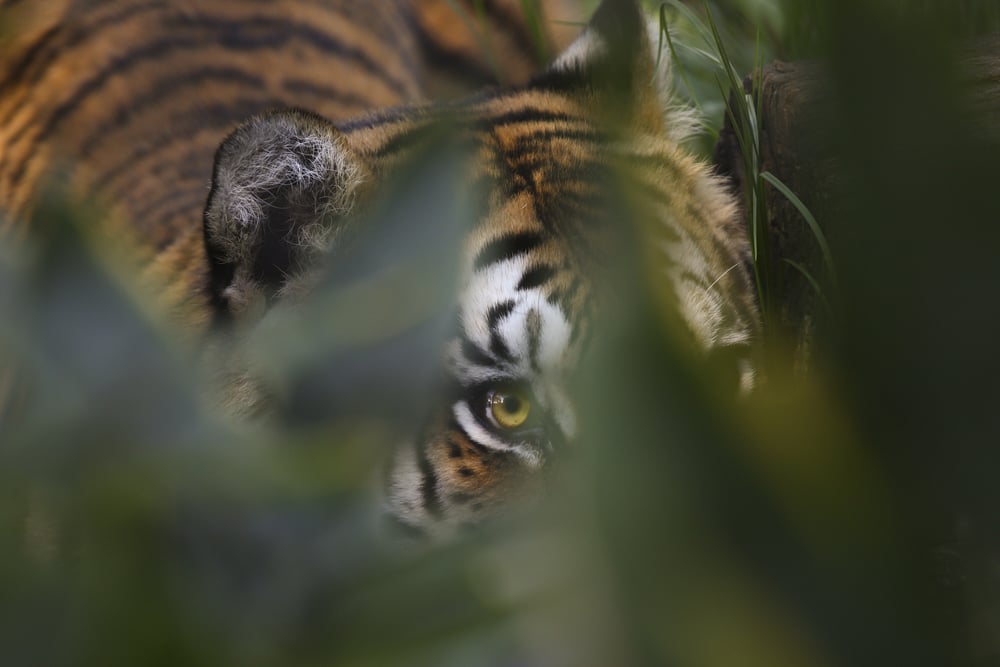 Most tigers live with their nuclear families, with their chosen and most reliable companions, unlike other wild animals who live in packs, herds and flocks. This focus on a smaller family means that tigers are unlikely to go without food or other resources for long periods of time. Furthermore, with a smaller team, it is unlikely there will be any, or as much, internal tumult or unrest.

The same is true for leaders, who should always sensibly choose the resources they need for their organisation. Failure to do so can lead to a disjointed and disoriented team with too many or a lack of resources. Moreover, having a team too large can lead to dissociation between the leader and their team, this can lead to employees feeling unvalued and demoralised.

Tigers are known to hunt once every eight to nine days. This makes it necessary for every hunt to provide them with enough food to sustain themselves and their nuclear family until the next hunt. Similarly, successful leaders need to plan ahead and envision the future as every decision of theirs will directly or indirectly impact the future of the organisation. Being patient and not over-exerting the organisations’ energy and resources, like the tiger, can also better the success of a leader.

The tiger is one of the most intelligent beasts in the animal kingdom. Normally tigers will go for their prey’s neck, knowing this is the most efficient area to control its body. However, the tiger will alter its tactics when attacking a crocodile, instead, it will attempt to blind the crocodile with its claws and then attempt to flip the crocodile onto its back so that it can neutralise it through its soft underbelly. When hunting bears, tigers have been known to mimic bears’ prey in order to lure an unsuspecting bear expecting easy food into its jaws.

Through centuries of evolution, the tiger has evolved and adapted to hunt all forms of prey, from the unintimidating red deer to the dangerous crocodile. If leaders want to be successful they too need to adapt and evolve to maintain a position within the market and ahead of the competition. Successful leadership must be able to think wisely, improvise and make decisions on one’s feet. 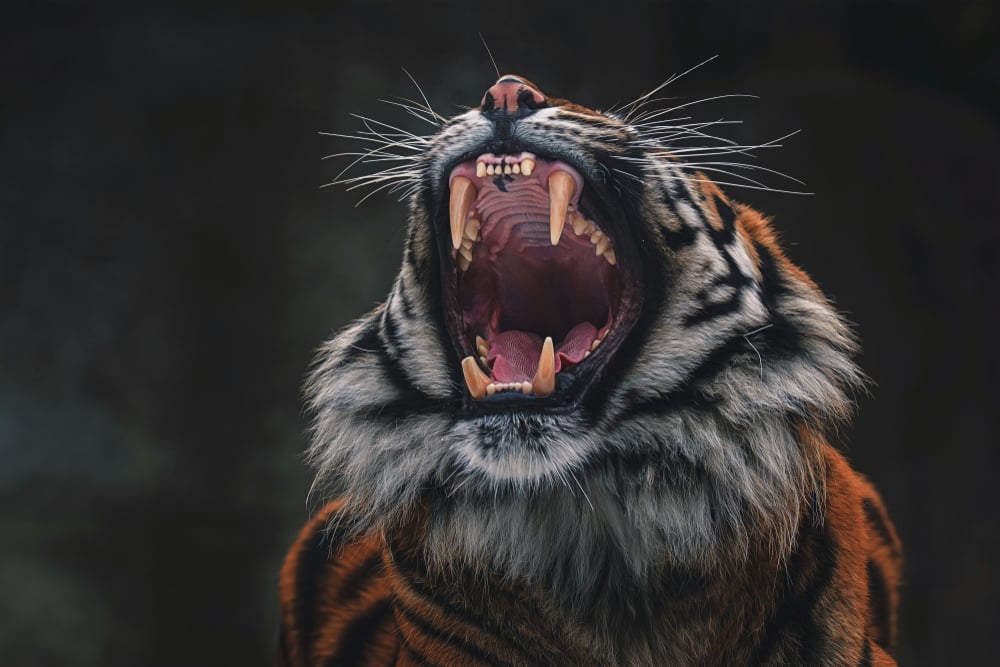 The earliest tiger fossils which were found in South Asia date back to 2 million years old. Now, an estimated 3,900 tigers remain in the wild. Despite tiger populations increasing in some countries in South Asia, much more work is needed to protect this magnificent species. The tiger is an ancient, cross-cultured symbol of everything that humans strive to be – strong, brave, proud, beautiful and intelligent. This Chinese New Year it is imperative that we recognise and celebrate the importance of tigers in the wild, we have learnt and still have a lot to learn from this majestic creature.

More info on how to help – Tiger | Species | WWF (worldwildlife.org)