‘This article first appeared in e-O&P Vol 21 No 1, Spring 2014 and is reproduced by kind permission of AMED www.amed.org.uk’.

I see myself as someone who is an Organisational Development (OD) practitioner, who also has an interest in Conscious Business (CB). In conversation with peers in both spaces, my curiosity is drawn to how they are the same and different, and what, if any, is the difference that makes a difference. This article is not setting out to answer the question, rather to begin a dialogue.

Many definitions of OD exist. Robert J. Marshak cites (Marshak 2009:3) a number of possibilities. They variously talk about organisation (or system)-wide, planned interventions, informed by behavioural science, to develop and/or improve an organisation’s effectiveness. Such definitions are striking in their lack of reference to anything outside the organisational context e.g. wider notions of people, planet or purpose, of notions of social and community orientated responsibilities, of a concern about the legacy these organisations are creating for the people who work in them, or who depend upon them, directly and indirectly.

Roffey Park, which is where I work, defines Organisational Development as:

“A planned, systematic approach to improving organisational effectiveness – one that aligns strategy, people and processes.” (www.roffeypark.ac.uk)

We articulate OD in the context of our client systems, and the wider purpose of what we do is implicit in the practices of our individual consultants and their ways of being. It is explicit in our two main charitable objects. The first of these states that we exist:

“To conduct, promote and support for the benefit of the public research into questions affecting the health and welfare of all those engaged in industry, commerce and the public services and particularly into questions concerning the relations between management and employees and …to publish the results of such research.”

OD with a wider purpose

Marshak is interesting, as he shies away from offering his own definition, stating his intention is to:

“Go behind the words to the underlying ideas and values that not only give definition to organisation development but make it both a field and a profession distinct from other forms of management and organisational consulting and training.”

He suggests that OD is a field of practice, “underpinned by three primary sets of knowledge and an underlying value system that lead to what is called organisational development.” (Marshak 2009: 4). These are defined as:

I find his argument compelling, particularly the invitation – and challenge – to engage in an inquiry into our underlying values as OD practitioners. Marshak suggest four key value orientations:

Reading those values, I see considerable overlap with how we at Roffey Park work as an organisation, and an intention to amplify some elements of these. For example, ethical and sustainable leadership are currently emerging as strands within our thinking. But does that mean we are a conscious business, or that we are helping our clients to become conscious businesses? To help address this question, the next section aims to outline some key characteristics of conscious business (CB).

What is conscious business?

“Our purpose is to change the way business is done – so that it contributes to solving the world’s most complex problems.”

The conscious business movement … pushes for “values-based” economic values where values represent social and environmental concerns at both global and local scales.

This is where it gets interesting. OD tends to frame itself as being concerned with organisations, and then it is optional or context dependent on whether a wider emphasis is placed on e.g. social and environmental issues. There is no right or wrong approach here. However, I tentatively suggest that a broader approach is the dominant pattern.

OD as a field tends not to question a core underlying assumption of their clients, namely whether the underlying model of capitalism is fit for purpose, in a broader planetary context. Typically, clients do not come to me asking for help in re-framing their relationship to and with their means of production and/or place in the world. Again, that is not about right or wrong, but rather about naming the current pattern.

There is a challenge at the nub of this comparison between OD and CB.

OD and CB are similar in that they are both concerned with:

How do they differ? I suggest it is easier to name the way CB is different, and this is primarily about scope. The top three differences are that CB:

I suggest the key difference is the lack in OD of what Marshak calls the “social-ecological systems orientation” (2009:7). He suggests that this is in fact a:

“more recent or emerging aspect of the underlying organisational development values and beliefs. In its simplest form, “it means that ends should not be defined in terms of an individual, group or organisation alone. Rather, a perspective of the much larger and broader social, economic, and environmental system(s) must be held, and ends should be considered in terms of their impact on the broader, even global, system – not, for example, one organisation.”

Now here comes the good bit (the emphasis is mine):

“…it could therefore be a legitimate role for an OD practitioner to help an organisation understand the full range of its impacts of its choices…. (it) might also lead an OD practitioner to seek to help a client system rethink or reposition projects or endeavours… (that) could ultimately be harmful from a broader social, economical, or ecological perspective”.

It is that qualification, that possibility that it might not be the role of an OD practitioner to challenge a client in broader terms that is the difference that makes a difference. Note how the certainty in the preceding quote is followed by the equivocation.

I suspect that the skills required for being an effective agent of change in OD and CB are similar in many key respects. The interesting conversation to be had lies in surfacing our respective values, and articulating how that informs individual and collective purpose. There is a wider conversation to be had around intention and intentionality as we engage with and interact with clients. To help stimulate this conversation, I end with some questions to reflect on: 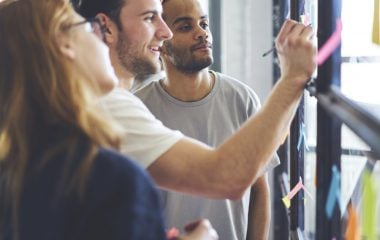