In November of 1989, Roffey Park Institute looked like a completely different place than it does at present. The residential area was being built and so the bedrooms lay where the kitchen garden does today, the building of the atrium and the swimming pool had only just been commissioned and the neighbouring stud farm owned most of the 40 acres of land we do now. Now, 33 years later and the one person who has stayed long enough to witness and be an instrumental part of these changes, Merv Carne, has decided to hang up his gardening gloves.

Recently, I had the chance to sit down and speak to Merv about his time at Roffey Park before his well-deserved retirement. Despite only joining Roffey Park recently, I had struck up a friendship with Merv and he would frequently join us for lunch. Although our roles within the organisation were completely different, growing up in the countryside made me extremely fond of anything nature and wildlife, so to listen to Merv, his stories and wisdom, are memories that I will cherish.

When asked about Roffey Park Institute, most people refer to the perfectly kept grounds and beautifully maintained gardens as a highlight of their visit, but it had not always been this way. Only since 1998, when Roffey Park acquired the adjoining stud farm and subsequently the 40 acres of land, could Merv get stuck into making the gardens his own. ‘The previous head gardener at Roffey Park Hospital and the landscaper came in and helped. But it was all of the brambles further down that I had to hack my way through to sort out. I spent a lot of time on this.’ 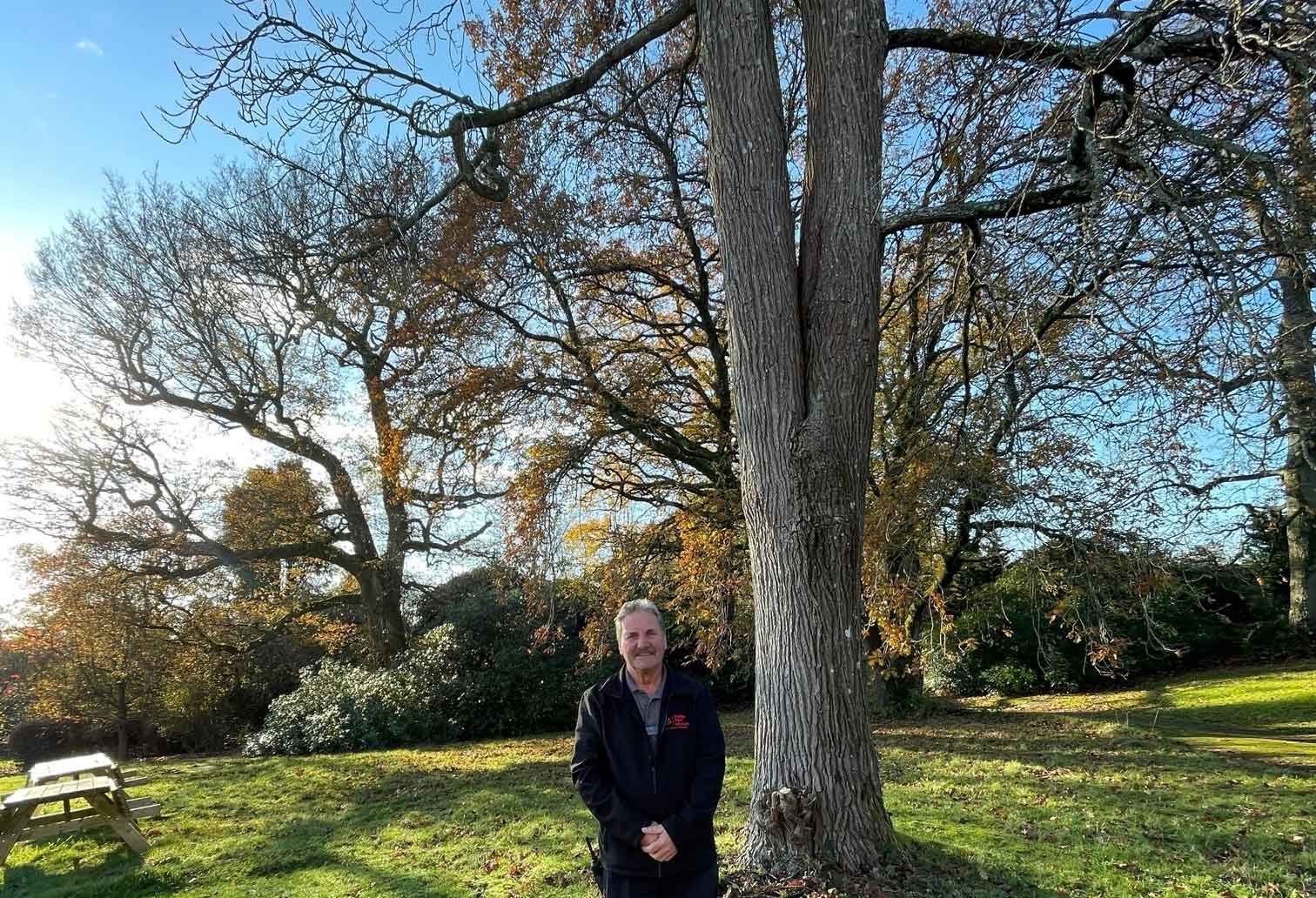 The stunning scenery is one thing, but for Merv, something much more special will remain on the grounds for many years. He has planted up to 90 trees in the gardens, of all different types and has proudly watched them flourish. ‘I have been fortunate enough to see them mature. I count myself extremely lucky as many gardeners would plant a tree, see it grow to ceiling height and perhaps leave their job. Maybe I’ve been here too long!’ Research published by the UK Centre for Ecology and Hydrology tells us that approximately 2,300 different species are supported by a single-standing Oak tree. Thanks to Merv, the Roffey Park grounds will continue to give host to thousands of species and wildlife for years to come.

It is also the people and culture of Roffey Park that have kept Merv inspired for all this time. ‘Despite the changes to grounds and buildings, one thing has stayed the same and that is the culture.’ Merv has seen Roffey Park through three recessions but explained that there has always been that drive throughout to keep going. ‘It is the talented people that make Roffey Park what it is. There is something about it and that is why I’ve been here so long. I love what I do, I love my job and I love working for Roffey Park.’ 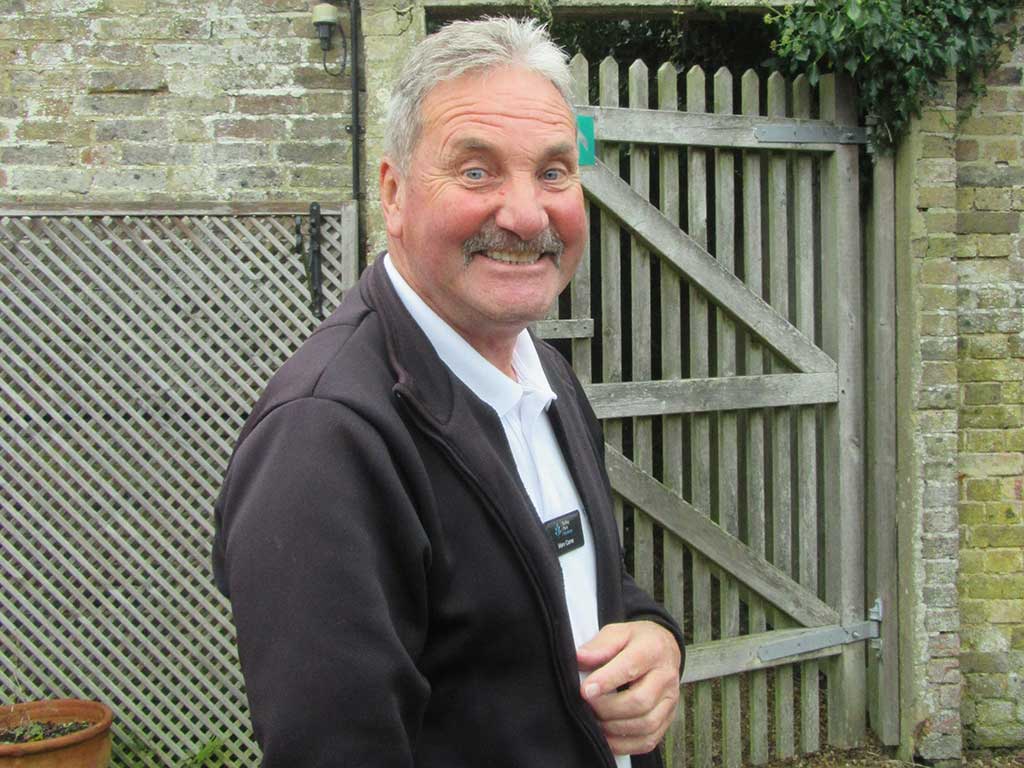 However, it had not always been an easy ride for Merv as he told us of his prolonged cold war with the Wild Deer of St Leonard’s Forest. Jokes aside, Merv explained how nothing had seriously gone wrong during his time with us. ‘The Deer will always attack whatever you put out. The plant pots in the courtyard one Christmas had all been chewed and most mornings I’d find the head of the Donkey statue lying on the floor. Thankfully over the years, I have been able to keep most of them out!’

Merv has many wonderful stories of his time at Roffey Park and it would be difficult to include all of what we spoke about. One of his fondest and funniest memories was when he received a call for a first aider. ‘I had been told that one of the participants had managed to get an eraser from the back of a pencil stuck in his ear. I was in a state of shock when I arrived to find one of the housekeepers frantically trying to suck the eraser out with a hoover. Of course, we put a stop to this immediately and removed the eraser but it was a hilarious sight nonetheless.’

Merv is looking forward to his retirement but knows he must keep active. He told us that he plans to tend to his own allotment and garden as well as plenty of woodturning, fishing and cycling with his new electric bicycle. ‘Also, my best friend has just bought a place in Spain with a big garden. He would like me to go out there and help him, so I will join him for a few weeks at a time. The beauty of it is I don’t have to worry about time off work, I can play it by ear and just go with the flow.’

When I think of Roffey Park, I agree, it is about the people, but no one encapsulates this more than Merv himself. His gentle and modest nature seems to resonate from every corner of the place. I can confidently speak on behalf of everyone when I say he was much more than the Head Gardener at Roffey Park. Merv is the friendly face you want to say good morning to and has a calming and kind aura that makes you appreciate coming on-site. It is a telling sign of someone’s character that they never seem to be in a rush around you and are more than happy to chat and listen. I will miss asking him about the different types of flowers blossoming in the spring, hearing of what fish he might have caught on the weekend and the latest updates of Merv vs the Deer. From all of us at Roffey Park Institute, thank you Merv and happy retirement. 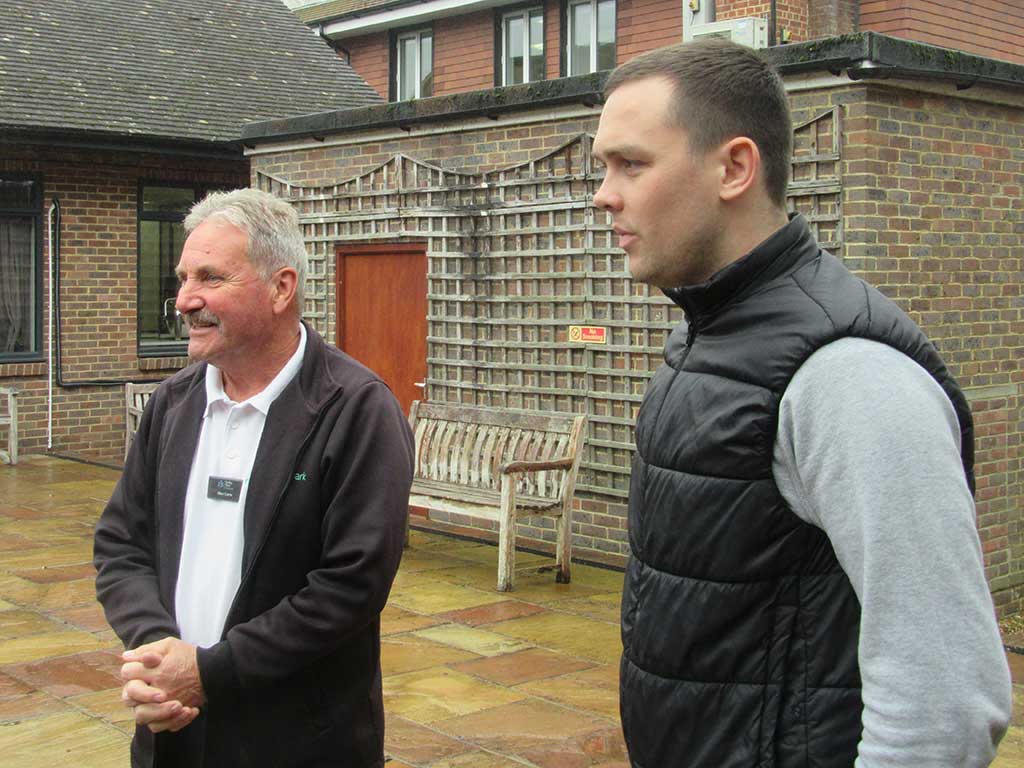 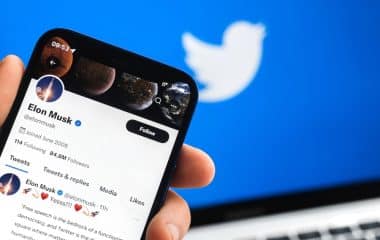 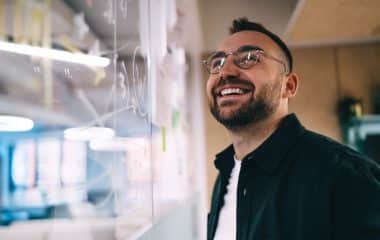