From the Roots Up: Doing Our Bit to Tackle Climate Change

With the world leaders currently holding the COP26 conference in Glasgow it seemed fitting to consider what can be done locally to help limit the acceleration of climate change. Of course, we all know that the significant contribution of carbon emissions comes from the global corporations, but we cannot do much about that. However, what we can do is contribute in our own different ways. It is strange to think about, in our current world that demands innovation and craves constant modernisation, stripping things back to the ‘old ways’, might just benefit us.

What I mean by this is not to sew our own jumpers again or travel to work by horse, although this would help, but understanding how to become self-sufficient once again can help slow down climate change. Allotments, or kitchen gardens are becoming more popular and locally sourced supplies to reduce airmiles and carbon footprints are examples of this. It feels like much more of the focus is being put on local communities again.

The government’s net-zero strategy, it may be argued, is to encourage people to embrace that simpler lifestyle. By sourcing your meat from the local butcher and your fruit and veg from the local greengrocer, instead of large chain corporations, can really help cut down on the global footprint of the food trade. To propose a villager in the 1970s that someone in 40 years’ time would source their meat from sometimes as far as 5,000 miles away would be met with shock and perhaps even outrage. Take the allotment for example, it is an opportunity to eat fresh seasonal produce at a low price, offering a sense of community amongst users.

I know what you are probably thinking by now, whoever is writing this blog is stuck in the past. Maybe you are right and a complete reset is not the right way forward, but certainly a combination of simplicity but also sustainable developments is a good way to progress.

The first thing to note, is here at Roffey Park Institute we have achieved the ISO14001 certification dedicated to environmental management, helping to protect the environment whilst meeting our legal obligations. In 2014, Roffey Park Institute decided to take a risk and invest in an underground heat pump system. This is a network of underground pipes that pump around a mixture of water and anti-freeze whilst absorbing the naturally occurring heat stored in the ground. After seven years of having this system in place, it is now capital free. Roffey Park Institute were not the first to introduce heat pumps but we certainly did so before the trend, and now we are seeing some really fruitful results; green, clean and cheap.

Although the pandemic has been a time of desolation, frustration and uncertainty, it has also been a time of drastic change. People have experienced change in nearly every walk of life and it is the same for organisations. Roffey Park Institute has certainly benefited environmentally due to the pandemic with transport and paper use severely lower than in years before. As a result of remote working and even still in hybrid working formats, transport has reduced considerably and we expect this to be the case for the foreseeable future. This does not just include team members coming to site, but also staff traveling up and down the country for meetings as they can now be recreated virtually. We understand this is having a positive effect on emissions as a drop in CO2 emissions has been reported for last year.

Furthermore, for years we have been thinking and planning on how to reduce paper use and paper waste. It is safe to say the pandemic certainly acted as a catalyst to facilitate this change due to everything having to become digital in order to suit remote working. We estimate our paper usage has dropped an incredible 80% in this period. We know that deforestation is one of, if not, the largest contributor to global climate change, so this is a figure we are proud of. As well as the reduction in paper usage, Roffey Park Institute boasts one of the most beautiful grounds in the area, filled with tree’s, plants, bushes and hedgerows. The planting and maintaining of trees and habitats alike are a crucial part in the fight against climate change, to take in the excess carbon that humans produce and then release oxygen.

“To be a bit more self-sufficient in this current world I think it’s a good thing. It’s good for you, for your mind to be actually outside. Believe it or not they can be hard work (allotments). We have a lot of people take them on these days and I realise how hard it is, but there are ways and means to make it easier for yourself. Organisations should look to a kitchen garden. If they have the room, then they should definitely consider it.”

Our kitchen uses everything from the garden, many of the menu’s take into consideration what is growing at the time and what Merv is expecting to harvest later. The produce tends to be seasonal as the ground will not allow everything to grow. Thanks to Merv’s experience, Roffey Park Institute has been able to optimise the use of the garden to produce as much as it can. From potatoes to rhubarb, onions, garlic and tomatoes, the kitchen uses it all. As well as the garden being an amazing addition for our kitchen, it is also a beautiful visual, especially in the spring and summer times. It really does add a special feel to the place.

Of course, it is nearly impossible for organisations to be completely self-sufficient, but the produce we cannot grow on our kitchen garden we do our best to source locally. It is important, if organisations cannot grow their own produce, then to source it locally to reduce the carbon footprint and airmiles the food-trade leave behind. If you are inspired by Roffey Park Institute’s kitchen garden and would like to give it a go yourself, then Merv has got some advice:

“I think if you are growing something, the most important thing is preparation. Whatever you plant, for example a tree, you need to prep the ground properly. With fruit and veg it is key to plant them at the right time, yeah it’s all about timing.”

Merv was also responsible for the introduction of a Sedum green garden in 2001. His initiative was not ignored when Chelsea F.C. paid a visit to gain inspiration with plans to establish a similar concept at their training ground. As well as the Sedum green garden being a delightful picture in the spring and summer months, it is a lovely hub to attract wildlife and numerous habitats, crucial to the survival of the eco-system. It is quite clear that Roffey Park Institute always keeps one eye firmly on the environment and without Merv a lot of what we have done would not be possible. 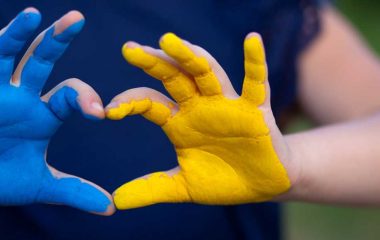 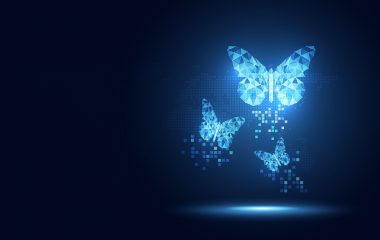 Blog Digital learning: how Roffey Park transformed itself to provide its unique leadership and management programmes on your laptop 7 September, 2020 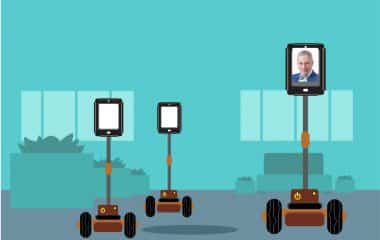