Diversification of diversity: the challenge of generation Z

To attract and to retain diverse workforce has never been more important for organisations than it is now. As a new generation enters the workforce, it brings an inevitable new level of inter-generational diversity. However, as with any clear-cut divisions, grouping people along the generational lines is  complex and messy. For example, are all Millennials postponing the idea of marriage? Are they all delaying the traditional ‘rite of passage’? Unlikely.  The Millennials in Western Europe and Northern America are unlikely to share all their characteristics with their Eastern European counterparts or indeed their Asian or African peers. Of course, we know that geographical cultural and social contexts (amongst others) are vital to bear in mind when thinking of a generation as a whole, yet we still make negative sweeping statements about the younger generations more often than we would about other sub-groups.

From my academic and professional, ‘western’ perspective I make as many (mostly unintentional) assumptions about the western values being a given as anyone else. However, now and then, I go to my former post-communist, Central European heritage, and I double check my observations and conclusions that I draw, particularly those around the influence of Generation Z (also called Gen Z) on workplace diversity. There are some common threads between the two places, but even the meaning of diversity is not identical. However, for the purpose of this conversation, let’s zoom into the UK context to ponder where we are with the diversity and inclusion agenda and what lessons we can learn from the new generation entering the labour market.

Looking at our workplaces amid the ongoing Covid 19 pandemic and the young people of Generation Z, (currently aged between 7- 22,) one can ask whether diversity is the issue that we need to focus on? Especially given the earlier analogy that the understanding of diversity varies a great deal depending on a geographical and cultural context. I would argue it is as important as it has ever been and will play a vital role in the post-pandemic workplace worldwide.

It has been said (Drinon 2012) that Millennials have expanded the limits of traditional workforce diversity and moved us from a discussion limited to the recognition of social class to highlighting the broader range of individual categories including gender, sexual orientation, race and ethnicity.  The so called ‘Gen Z’ further diversifies the ‘diversity and inclusion’ discussion and loudly requests that their future workplaces respect different ways of working and different ways of thinking and hence embrace the cognitive diversity. As much as the intersectionality of gender with class and race continues to be important for us to recognise in order to understand the impact that the combination of individual categories has on one’s professional experiences and on person’s chances of professional progress, it is the celebration of cognitive diversity that will help organisations to prosper in the unknown future.  We are now 12 months into this global health and economic crisis and one thing that is certainly clear is that working the ways we used to work before Covid is gone and it is not coming back.  It is the new impulses, the acceptance of a variety of worldviews – potentially partly provided by the Gen Z, that is the fertile soil so vital for the development of new ideas and solutions.

Whether it is through recognising that as the physical location of the office is less relevant, the physical and cognitive diversification of the workforce should not only be tolerated by the organisations, but instead it should be actively sought after. Individuals with a diverse set of approaches to what things like productivity, solutions and cooperation look like will be needed equally in the international virtual workspaces as well as  in those non office-based positions where the location has become increasingly local and limited to the physically closest community in order to redevelop our damaged economies.

Although naturally there is no straight forward manual for the organisations that will tell them how to achieve this new level of diversity, here are some thoughts worth considering: 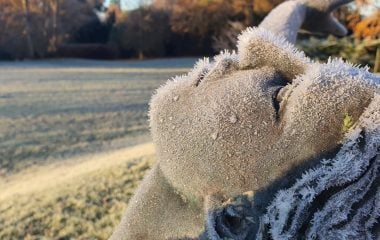